Podcast - Left at the Valley

I discuss my take on the physiology of sexual development including gender identity and sexual orientation and the social implications of this understanding.

Posted by Veronica Drantz, PhD at 4:47 PM No comments:

Please copy and paste the above link into your browser.

Please copy and paste the above link into your browser.

Posted by Veronica Drantz, PhD at 8:13 PM No comments:

Posted by Veronica Drantz, PhD at 10:14 PM No comments:

Podcast: SOGI123 vs Barry Neufeld, a discussion on Transgender

On February 25th 2018, Dr. Darrel Ray and I participated in a podcast with the folks at Left at the Valley in British Columbia Canada about resistance to a school program to educate students on sexual orientation and gender identity (SOGI123). The discussion with Dr. Ray and myself begins at around 26 minutes.

Kevin Francis of Left at the Valley says:
“So it has finally come to this, the crew responds to school trustee Barry Neufeld after his attack on a tolerance program called SOGI123 taught to school kids. Neufeld feels as a christian that this program designed to foster tolerance of those of a different orientation or identity is paramount to child abuse!
Is he correct?
We invite psychologist Dr Darrel Ray and biologist Dr Veronica Drantz to give us the hard science on the subject.”

Posted by Veronica Drantz, PhD at 5:19 PM No comments:

Everyone should be allowed to be who they are!

My presentation begins at 32 minutes and runs until 1:09. 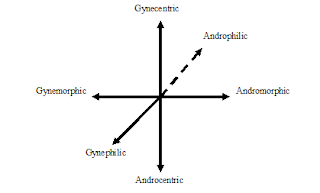 In this podcast I talk with Dr. Darrel Ray about why brains do not fit into a "gender binary."


Here are the full text and references of chapter 12 from the anthology Christianity Is Not Great: How Faith Fails edited by John Loftus (Prometheus Books, 2014).

MYTH & SCIENCE OF SEXUALITY - Disordered or Just Different? Look at the slides while you listen to the presentation in the video. It's better than being there! 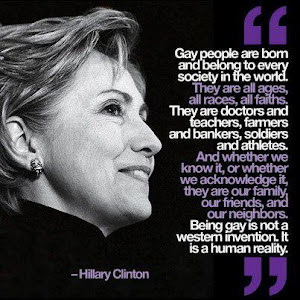 "...our family, our friends, and our neighbors"

See this excellent 14 part Video Series on COMING OUT as a transsexual. This is what the family and friends should watch!

MALES WHO ARE WOMEN!

See this video about the Fa'afafine of Samoa who are males biologically but women culturally. 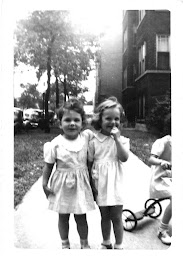 Oh, wow, she has her arm around me!

What's the story behind the above photo? Read my childhood story at the Born This Way blog. See my childhood photos.

This Blog is Professional and Political and Personal

This blog and my PowerPoint presentation of the same title ("Science & Sexuality") are ongoing labors of love in which my professional life as a biologist/physiologist and my political and personal life as a lesbian come together in a meaningful way.

My Presentation - A Review

"She made a compelling case for atypical sexuality being a normal part of the gender spectrum, warranting greater efforts by society to embrace all people as they are. "

Why We Should Study Homosexual and Transsexual People*

Here’s how I see it. Even if the researchers themselves only wanted to understand the biological basis of homosexuality, the data obtained would tell us much more. If we know the “cause” of homosexuality, then we also know the “cause” of heterosexuality. Comparing the physiology of “gay brains” to “straight brains” allows us to better understand both. There was a time when many people assumed that there was no other “biological” possibility than heterosexuality – that no particular brain structures or functions were involved in sexual orientation per se. Now it is generally agreed that different sexual orientations result from brain differences and furthermore, that those brain differences are innate. This is a major leap in understanding. If the research indicates that homosexuality is not a choice, then it also indicates that heterosexuality is not a choice. Everyone’s sexual orientation has a genetic, anatomical, and physiological basis. The research objective is to understand the biology of sexual orientation – in anybody and everybody, not only gay people. And not just people either – the other mammals too. Sexuality is ancient. The hypothalamic and limbic brain regions involved in sexual behavior are far more ancient than people and are likely much the same in all mammals. So the study of gay and lesbian people is basic biology.

Additionally, by comparing transsexual brains to typical brains, we can eventually understand the neuroscience of sexual identity and know the anatomical and physiological basis of a person’s sexual sensibility of self, whether female, male, or intersex in identity. Once more, the objective is to understand the biology of sexual identity in all people, and likely other mammals as well. Again, this is biology, and it is why the study of innate “core sexuality” is so fascinating to me.
*This essay was originally written by me as a comment to a post on another blog. 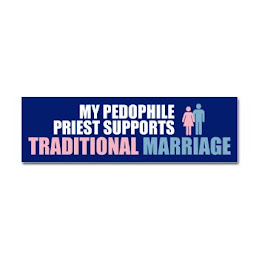 From All Over The World